These two identical, independent vacation homes are situated on a sloppy plot with a panoramic view towards Kommos beach, near the village of Pitsidia in Southern Crete.

They were planned in a way that would allow each of them to accommodate up to six persons at a time. On the ground floor we can come across the living room, kitchen, one bedroom and a WC, where as on the first floor we have two more bedrooms and the bathroom. In one of the two houses, due to the altitude difference of the ground, there is also a basement. It serves as a parking space for this house. Each house is 100 m2.

Our goal, when making the initial plans of the houses, was to attempt a more modern approach in comparison to the surrounding buildings in this area, whose main characteristic is the “heavy” appearance of the visible stone. In order to achieve this, a variety of earth tones were chosen to bring out each house’s character and numerous, wide, windows were constructed to complete the setting. Furthermore, pergolas of metal materials were designed, in order for the end result to be as far away as possible from the conventional rustic look, which is so widespread in the area of Pitsidia. The use of stone has been limited to two walls on the first floor of the buildings and on the fake walls that are formed in the surroundings.

Each house has a pool next to the ground floor level of the house, along with a BBQ area. In the remaining area of the plot trees and flowers have been planted, completing the ensemble in a natural way. 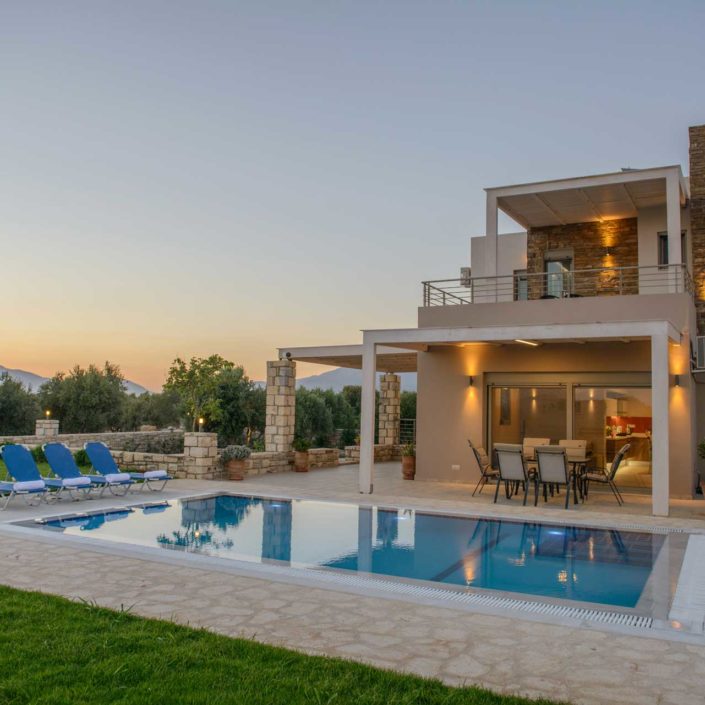 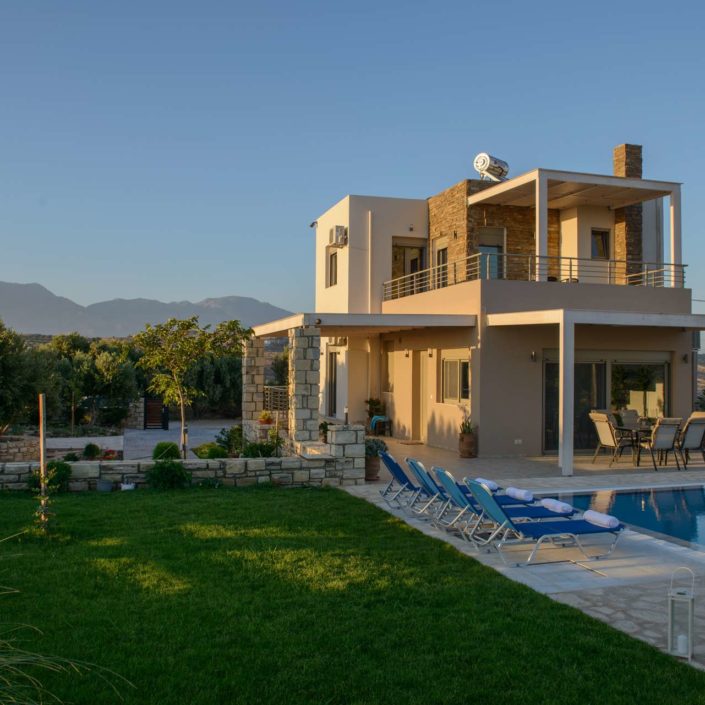 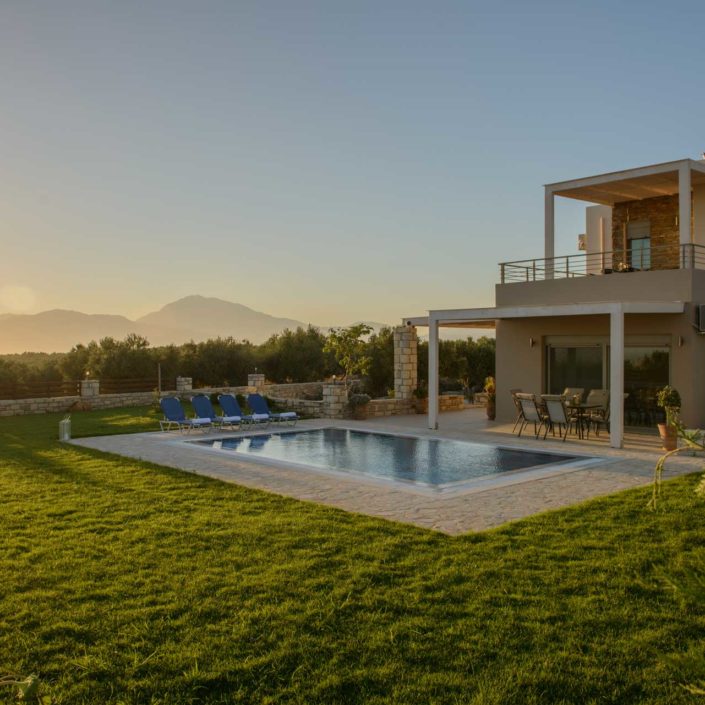 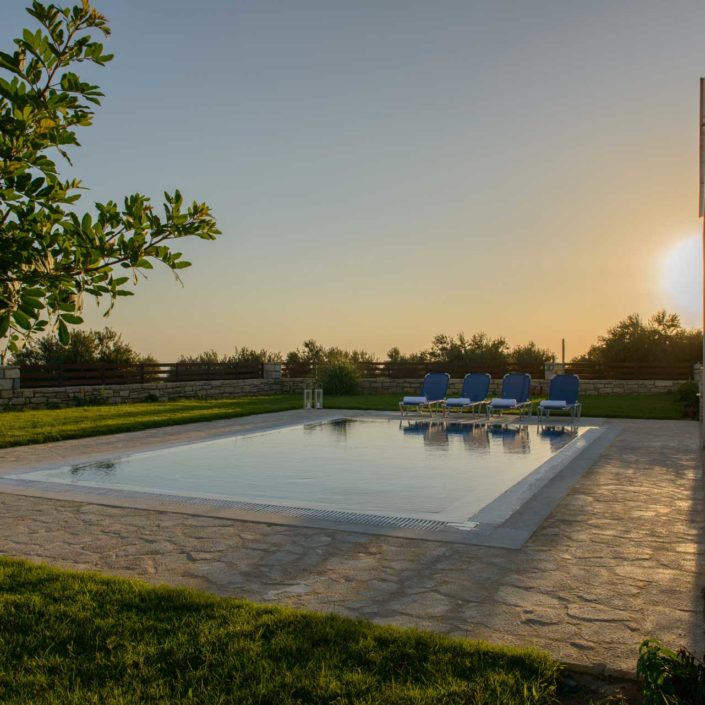 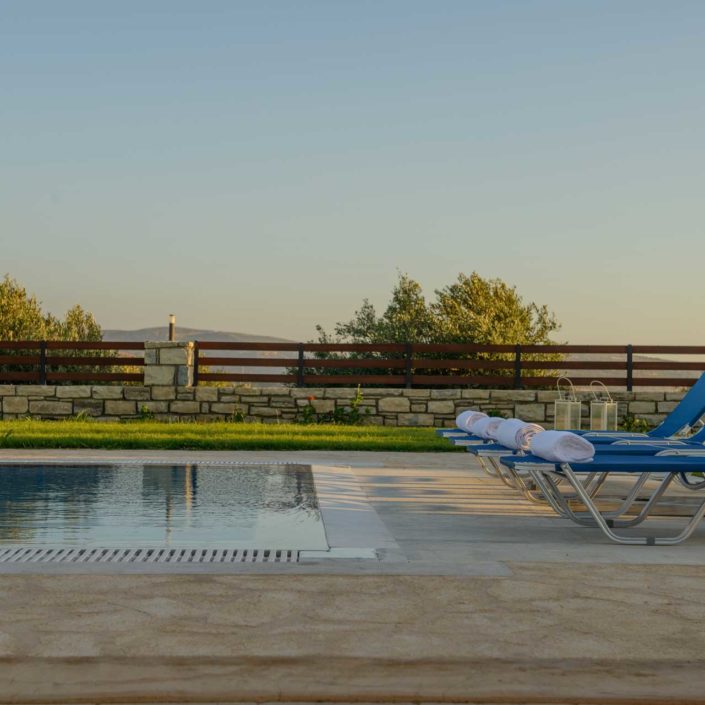 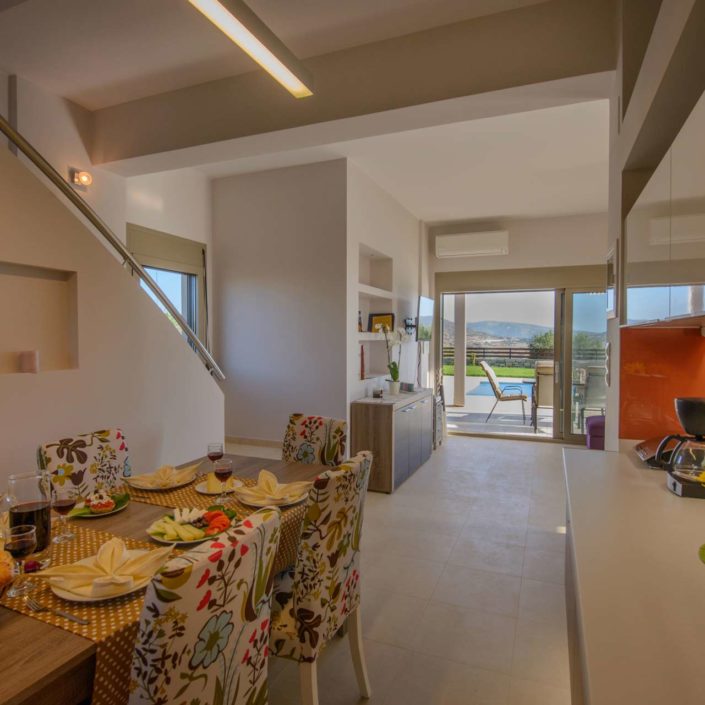 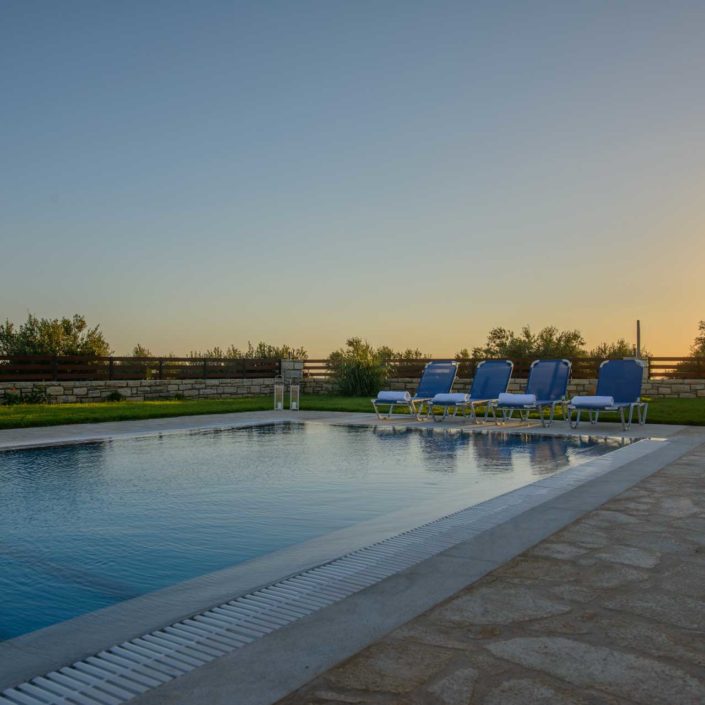 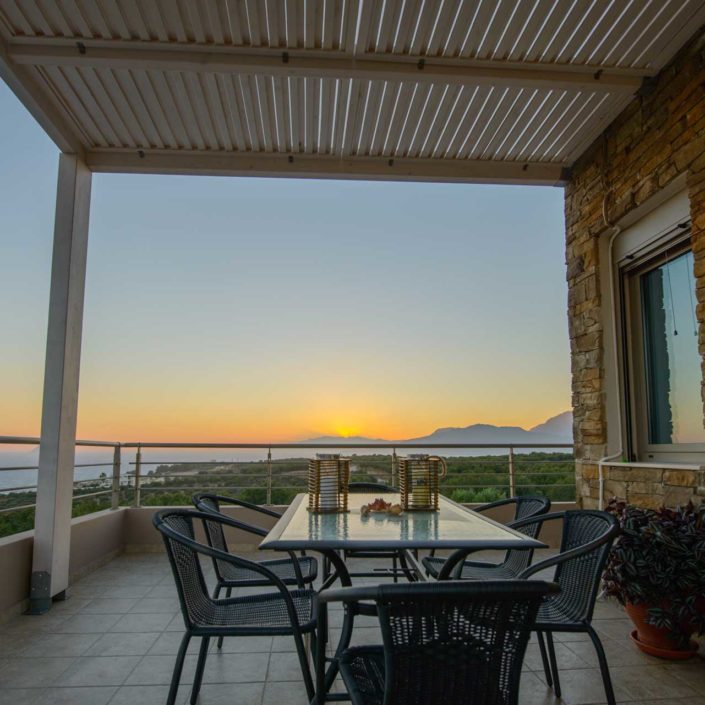 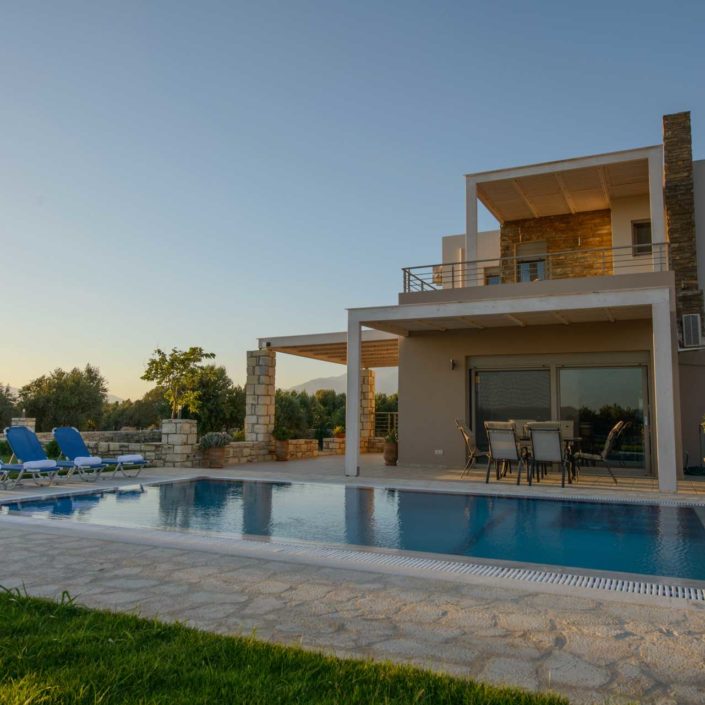